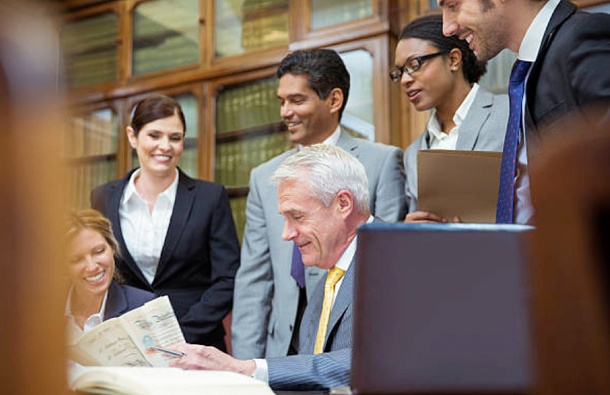 Welcome to the Bar Council’s Pupillage Gateway – the pupillage recruitment portal designed by the Bar, for the Bar of the future.

Operated by the Bar Council, prospective candidates can use their Pupillage Gateway accounts to search for vacancies and prepare their applications in advance for the recruitment process of Authorised Education and Training Organisations that accept applications through the system – logging in throughout the year to upload or edit information to their profiles relating to their academic and work experience history, and referees.

Further details about the functions of the system can be found in the Applicant User Guide (PDF, 2.1MB).

Account set up: aspiring barristers can start setting up their accounts on the new Pupillage Gateway and begin uploading the information relating to their academic and work experience history, and referees.

Publication of advertisements on the Gateway:  Applicants may access the Pupillage Gateway to browse vacancies.

Shortlisting of applications made outside of the Gateway: Authorised Education and Training Organisations not using the Pupillage Gateway can begin the shortlisting and interview process from this date.

Offers made: Authorised Education and Training Organisations will make offers through the Gateway system. All offers will be made on the same day at the same time.

Deadline for accepting initial offers: all applicants have a 7-day deadline to communicate acceptance of an offer (if any). Applicants will be able to accept an offer anytime up to the deadline. If the 7-day deadline passes without the applicant accepting the offer, Authorised Education and Training Organisations should send out second round offers within a reasonable time period.

The Pupillage Gateway makes applying for pupillage easier than ever before. After you have set up your account, you can start to prepare by uploading information relating to your academic and work experience history, and referees. This information will be automatically copied across to the applications that you make.

To help you fully prepare, we have produced a Sample Application Form (Word, 166KB) for you to download and complete, and the bespoke questions asked by the Authorised Education and Training Organisations that use the system to recruit their pupils will be included within their advertisements, ahead of the opening of the application window.

Whilst all Authorised Education and Training Organisations must use the Pupillage Gateway to advertise, they are not mandated to use the recruitment portal to assist in the administration of their respective processes. For those who manage their recruitment process outside the Pupillage Gateway, please refer to the instructions in the relevant advertisement or to the Authorised Education and Training Organisations website for further details.

Candidates must be confident that they will have passed the Bar Training Course before the advertised start date of any pupillage that they apply for. For example, applicants in the penultimate year of a law degree, or final year of a non-law degree, may apply only to chambers which are offering pupillage to start two years from the date of application, whereas applicants in the final year of a law degree, or studying a conversion cause, may apply to Authorised Education and Training Organisations offering pupillage to start one year from the date of application. For details on the timings of this recruitment round, please see the applicant timetable. Further details on how to apply can be found in the Applicant User Guide (PDF, 2.1MB).

If you are successful in obtaining a pupillage, what can you expect when you start?

Pupillage (otherwise known as the “work-based component”) is the final and practical stage of training to become a barrister, which you can commence up to five years after completing the Bar Training Course (formerly known as the Bar Professional Training Course).

Pupillages are either completed in a set of chambers or with another Authorised Education and Training Organisation (such as the Government Legal Department or the Crown Prosecution Service). Pupillages usually start in September or October, one year after successful candidates have been made an offer (so successful applicants in May 2023 will, more often than not, commence pupillage in autumn 2024).

The rules and regulations governing pupillage are set out in the Bar Standards Board Bar Qualification Manual which all aspiring barristers, current pupils, supervisors and Authorised Education and Training Organisations should study.

What is the format of a pupillage and how long does it last?

The duration of most pupillages is 12 months but, depending on the Authorised Education and Training Organisation, can be up to 24 months. They are formally divided into two periods: non-practising and practising. During the non-practising period, pupils will be assigned a pupil supervisor; a barrister in the same Authorised Education and Training Organisation who the pupil will shadow, and for whom the pupil will undertake supervised work, such as legal research and drafting court documents. The pupil will also accompany the pupil supervisor to court and conferences with clients. During the practising period, pupils will be eligible to undertake cases of their own, albeit under supervision, and will begin to build up their own contacts and a client base. Until they have completed their pupillage and hold a full practising certificate, all pupils are covered by their supervisor’s Bar Mutual Indemnity Fund insurance.

How are pupillages funded?

All pupils must be paid no less than a minimum amount, specified by the Bar Standards Board, and the responsibility to fund pupils lies with the relevant Authorised Education and Training Organisation. The minimum pupillage award is set annually, having regard to the Living Wage Foundation’s hourly rate recommendations, which are announced in November each year. The annual increase applies from January each year to all pupils, regardless of when they started pupillage and monthly payments to pupils must be adjusted accordingly. The rates set by the Bar Standards Board are contained within Section 4D of the Bar Qualification Manual.

The Inns of Court all offer different awards to pupils, but the following types are available:

You should check the relevant Inn of Court’s website - Gray's Inn, Inner Temple, Lincoln's Inn and Middle Temple - to find out more information about specific scholarships.

What do I need to do to qualify as a barrister?

From September 2020, the Bar Standards Board will permit training providers to offer several new ways to become a barrister. These changes will be gradual, so it is unlikely that all of these will be available from 2020, or even from 2021, but if you are a sixth-form or university student, these changes are likely to affect you. Please see below for a more detailed summary of each pathway.

Please note that candidates will be required to pass the Bar Course Aptitude Test before commencing the vocational element of any of these pathways. You can find further information  here.

What happens after pupillage?

Recruitment methods vary between pupillage providers, but decisions about ‘tenancy’ (long-term places in chambers) are usually made two to three months before the end of any given pupillage. Competition for tenancy can be strong, with some chambers taking on several pupils but only retaining one as a tenant. Other sets of chambers take on every pupil with a view to making them a tenant if they perform well. Appraisal might be based simply on the assessments of the supervisors, or pupils might be expected to take part in a formal mock advocacy exercise or interview.

Once barristers become a tenant, their income will come entirely from the work that they take on, including when acting as the junior member within a team of barristers. With the support of their ‘clerks’ or ‘practice managers’ (who are responsible for assigning work to the barristers in their chambers and, in many cases, generating new business), members of chambers are expected to build up a reputation amongst potential clients and a network of solicitors who will ‘instruct’ them (essentially paying them to provide specialist services) on a regular basis.

Most chambers will require their tenants to pay a proportion of their earnings to cover the costs of chambers’ employees and other shared overheads.

At the employed Bar, decisions around long-term employment vary depending on the organisation. For example, if the pupil is employed as part of an Authorised Education and Training Organisation such as a law firm or the Government Legal Department, the decision will be made at the end of their training whether to offer them full-time employment or not. They may need to apply for any vacant posts that are available. The offer of a permanent position will bring with it standard employment rights, and unlike the self-employed profession there will be no expectation that the barrister pay towards building rents. Diary management is likely to be offered in-house, as opposed to through a clerking system. In contrast, pupils in the Royal Navy and at the Financial Conduct Authority are fully employed both before and after pupillage, and their employment is not conditional on successful completion of pupillage. Those offered pupillage through the Royal Navy will be seconded to a barristers’ chambers to undertake it and will be treated in the same way as their self-employed counterparts. Secondments to chambers also occur in other employed Bar Authorised Education and Training Organisations, such as the Government Legal Department.

What happens if I don’t get a tenancy?

Pupils who are not offered employment or a tenancy with the Authorised Education and Training Organisation at which they completed their pupillage may be able to apply for an employed position elsewhere, a probationary tenancy (also known as a "third six pupillage") at their existing, or an alternative, chambers, or tenancy at an alternative chambers.

Whilst probationary tenancies, or third six pupillages are not considered to be an additional period of training, they allow barristers to gain exposure to other types of work and will, more often than not, give them another chance to apply for a permanent tenancy within the relevant set at a later stage.

Click the button below to set up your candidate account, search for vacancies and start working on your applicant profile.